Claudius was the Roman emperor from 41 to 54 AD. Claudius, who was Emperor Caligula’s uncle, ascended the imperial throne after the assassination of Emperor Caligula in 41 AD. When Emperor Claudius died in 54 AD, he was succeeded by Emperor Nero, since Nero had been adopted by his great-uncle Claudius in 49 AD.

Claudius was born to Drusus and Antonia Minor in the Roman city Lugdunum in Gaul in 10 BC. At that point, no one born outside Italy had ever become a Roman Emperor. He had seven wives under his lifetime. 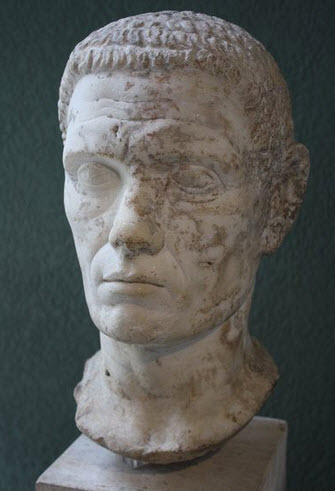 From childhood, he walked with a limp, had a hearing impairment and some other physical issues. This caused him to be ostracized by his family, but probably also saved his life since Emperor Tiberius and Emperor Caligula never saw him as a threat.

In 37 AD, he was no longer excluded from public office and became a Roman consul; a position he shared with his nephew, Caligula.

After the assassination of Emperor Caligula in 41 AD, the Praetorian Guard declared Claudius emperor.

The economy of Rome was awful when Claudius ascended to the throne. Caligulas spending at emptied the coffers of Rome.  This gave Claudius a bad starting position and the first thing he had to do was to improve the economy. He did this by enhancing the Roman trade system.  He personally oversaw a large expansion of the ports of Rome.  This allowed a lot more maritime trade to pass through Rome and brought a lot of money to the city.

He also oversaw other economic reforms designed to make trade and banking better regulated.  The regulations are primitive by today’s standard but were big improvements back then.   One important reform made it easier for wealthy Romans to start joint ventures.  Think about it as an ancient type of stock. Ownership stakes in partnerships that could be bought and sold.  These ancient stock companies did, however, work very different from modern stock companies and their stock could not be traded on any stock market.  But thinking about them as stock companies can help you understand the function these partnerships filled in Claudius Rome.

Despite not having much experience from public office, Claudius became known as an able emperor and an efficient administrator of the empire.

He was interested in law and presided at public trials. He issued many edicts; sometimes up to 20 on the same day.

Among other things, Emperor Claudius made sure that the infrastructure of the empire was improved in various ways, and many new roads, canals, and aqueducts were constructed on his orders.

Emperor Claudius is also famous for initiating the Roman conquest of Britain. Both Ceasar and Emperor Caligula had made attempts, but without actually succeeding.

The historian Suetonius describes Emperor Claudius as a tall, well-built figure of Dignitas who didn’t display any physical deformity, but who stammered and spoke in a confused way. His head shook, he slobbered, and his knees were unable to properly carry him when he walked. If he got excited, his nose started running. 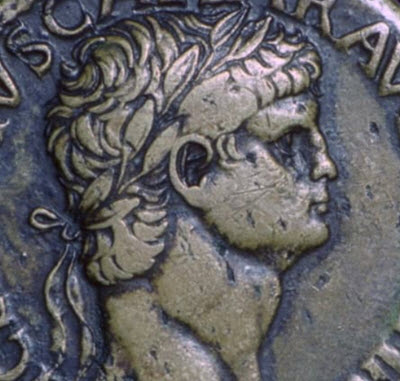 Another account comes from the Stoic Seneca, who claimed that the voice of Claudius “belonged to no land animal”.

Several historians have written about how his condition improved after becoming emperor. Claudius himself would later claim that he had exaggerated his problems until he became emperor to avoid being murdered by those who could otherwise have seen him as a threat to their power.

Prior to World War II, historians and medical scholars would generally suggest polio as a probable cause of Claudius issues, and this diagnosis is the one Robert Graves uses in his I, Claudius novels (both written in the 1930s).

Modern researchers have however pointed out that many of the described symptoms do not fit the profile for polio. A more recent theory is that of cerebral palsy.