In late 2010 and early 2011, BBC Radio 4 broadcast a radio adaptation of Rober Graves’ two novels I, Claudius and Claudius the God. The broadcast was a part BBC Radio 4’s Classical Serial strand; a strand in which English-language literature classics are adapted into multi-episode radio dramas where each episode is one hour long. Each episode is broadcast twice; first at 3-4 pm on Sunday and then a second time at 9-10 pm the following Saturday. 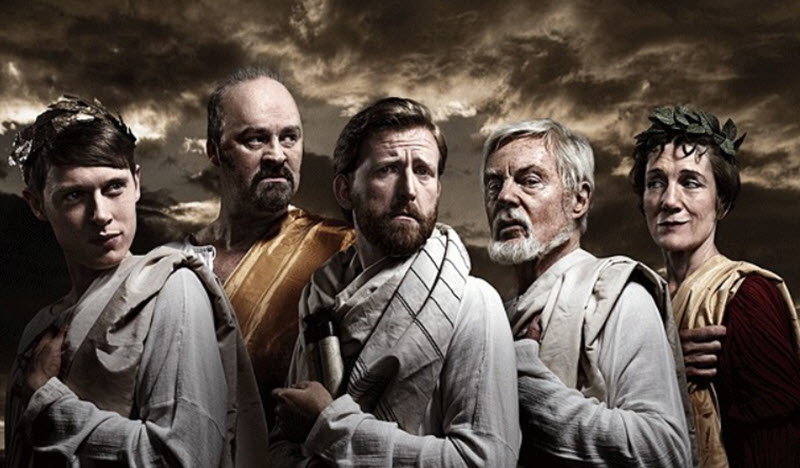 I, Claudius and Claudius the God were adapted into a total of six episodes by Robin Brooks, and the episodes were broadcast on BBC Radio 4 between 28 November 2010 and 2 January 2011.

The production was directed by Jonquil Panting, and Tom Goodman Hill did the role of Claudius. Derek Jacobi – who played Claudius in BBC’s highly aclaimed 1976 TV-series I, Claudius – returned for the radio adaption, but this time playing the role of Augustus.

Music for the radio series was composed by the British-Australian composer David Pickvance.

The radio series was released as a BBC Audiobook on 6 January, 2011.

It received a 2012 Audie Award in the category Audio Dramatization. The Audie Award is an annual award given out in 29 different categories by the not-for-profit Audio Publishers Association. Both audiobooks and other types of spoken-word entertainment are eligible, provided that they sold in the United States.

Others (in alphabetic order)